AVAILABLE WHEREVER BOOKS ARE SOLD

I'd love to join your group to discuss The Moon Always Rising or anything else on readers' minds!

To make it really easy (and free) for book groups to schedule appearances, I've joined NovelNetwork, a great service that helps book groups discover authors and books and set up virtual or in-person visits. NovelNetwork also sponsors a wide variety of author presentations. Anyone can sign up (also free). Check out NovelNetwork here.

Please also feel free to contact me directly at alice@aliceearly.com

Q:  Why did you set most of your story in Nevis, and how has your experience with the setting inspired this book?

A: My annual sojourns to Nevis since 1996 served as both inspiration and writing retreats. On my first visit I became fascinated by the rich history and culture of Nevis. Foodie that I am, a dive into local foodstuffs and cuisine followed soon thereafter. In all these years, I’ve stayed only in small houses and housekeeping cottages, never a resort or hotel, which forced me to get out into the community. The Nevis I first knew was far less developed and sophisticated than it is now. Grocery stores were few and intermittently stocked, so I visited the farmers’ market and small shops and learned from the vendors about traditional foods and how to cook them as well as the plants used in bush medicine. All this time the stunning beauty of Nevis and the diversity of her people were working their spells. Many of my novel’s characters and elements, most notably the “jumbie” (ghost) of Jack Griggs, his house and garden, and the fisherman Finney Freeman and his home and family, were inspired by people and places in Nevis. Doing justice to this enveloping tropical setting that has a touristy surface combined with deep social justice, political and racial undercurrents became my goal.

Given my life-long experience with Martha’s Vineyard, a tourist destination island, I wanted to explore what happens when visitors who fall in love with a vacation spot and may choose to move there based on those impressions. I also wanted to explore how my protagonist Els, uprooted by tragedy from her native Scotland, could settle into an abandoned plantation house filled with the belongings of the former owner, and how she might use his artifacts to learn about the island she’s chosen as her new home.

Q: Who's your favorite character and why?

A: Jack Griggs and his jumbie, no question. Jack is partly an amalgam of long dead or disappeared men I’ve known on the Vineyard or Nevis, but most of him is pure make-believe. Though I studied Caribbean folklore and superstition about ghosts and jumbies, I didn’t want to be restricted by that research. Jack is my ghost, I figured, and I could write him any way that suited my story. I made him a rapscallion, a womanizing drunkard with a learned, yearning, passionate and sort of pathetic underbelly. I wanted him to be believable and I needed him to be a catalyst to Els’s forward motion. He wheedles, he charms, he rants, he pouts, but he’s also spot on about her

denial and fears and at his most annoying to Els when he forces her to confront herself.

Q: Which character was the easiest to write?

A: Jack again. But also, Giulietta, Els’s estranged mother. My own mother died while I was writing MOON. She was in no way similar to the narcissistic Giulietta, but mother-daughter bonds and the importance of a mother’s love was ever-present in my mind at the time. Once I realized that Els’s problems in life stem from both being abandoned by her mother at the age of two and from the family’s refusal ever to speak about that mother or allow any contact, the intrigue of Giulietta’s motivations took wing for me. She harbors a secret that she knows could save or destroy any chance at a relationship with Els.  I wanted her to be artistic and a drama queen, self-consumed and spiteful, but desperate for forgiveness. I’m sure I’ll return to mother-daughter relationships in future works because they are so fraught and fascinating, universal and excruciatingly specific.

Q: You’ve written in your blog that you avoided making this book autobiographical and failed in many aspects. What in your own life inspired Els’s story?

I share Els’s quest in life for belonging and a sense of home. I’m a nester and a homebody who craves connection and community. Like her, at one time I buried my loneliness and emotional isolation in work. She puts her ambitions ahead of love until she loses everything she loves most. I lifted threads from my own (pre-#MeToo) professional experience— the struggles of smart, capable women in male-dominated workplaces, the corrosive and relentless presence of sexual harassment, the nagging question of what is “the price of admission” and what crosses the invisible line. When I moved in with my husband, he was several years a widower with a home that retained touches of his late wife’s taste and many of her possessions. I became fascinated by the idea of inhabiting the shell of a life shed by someone departed. That was the spark for the creation of Jack and of Els’s stewardship of his legacy.

Q: Some readers find your protagonist Els difficult to like in the beginning, but say she grows on them and becomes relatable and sympathetic as the story unfolds.  Do you agree and if so, why did you intentionally make Els unlikeable?

A: A wise writing teacher drilled into me that a character doesn’t have to be likeable, but she has to be believable. My intention with Els was to create a wounded character who pushes the love she craves away, then believably struggles to let love back in.

When the story opens, Els is locked in grief and anger. Underlying that is a deep-seated conviction that she’s unlovable. Els grows up prickly and combative and makes herself hard to love, so when people dislike her, it only confirms what she expects. In many ways, she’s well suited to the investment banking world she joins, matching the men in toughness, ambition, and cursing. But underneath, Els is desperate to find belonging and love. On Nevis, she feels herself “cracking open” when she can no longer sustain the grief or anger. Her tentative openness blossoms as she creates a new home for herself. Els will always be a quick-tempered, demanding person, but her entitlement, brittle edges, and emotional reticence dissipate. When she contrives finally to meet her mother, a far different person from the one she fantasized, Els discovers the rewards of accepting the love people can give, versus pining for some idealized vision of love.

Q: In your book, many characters must actively choose to forgive and/or be forgiven in order to escape the bonds of their past lives. What inspired you to adopt forgiveness as such a central theme?

A: I’m a great believer in second chances and I love a good redemption tale. Most of the main characters in The Moon Always Rising are stuck in a place from which only forgiveness (of others, of themselves) can release them. The power of forgiveness must have been bubbling along in my subconscious as I was writing, because only after I finished the book did I realize this is its main theme. Much of my professional life as a college dean, executive recruiter and career transition coach has involved helping people make life-changing decisions and many of them required the courage to let go of something that no longer worked. I’ve come to believe that healing and progress in life usually require forgiveness of someone for something.

Q: After working on this novel in your “spare time” for so many years, what's the most exciting thing about finally seeing it in print?

A: Finally having the story in readers’ hands, heads and hearts, instead of just rattling around in my own brain, excites me most. Once I realized I was writing a novel (versus making private notes), I also realized that the whole point had to be about sharing. To put myself and my work out there. That was and is terrifying at one level but may be the most affirming thing I’ve ever done. I’m finding reader reactions fascinating, whether they like my work or not. They see things I didn’t intend, or did I, unconsciously? They give me issues to ponder. They teach me about my characters and my storytelling. It’s a rich conversation, kind of addicting. 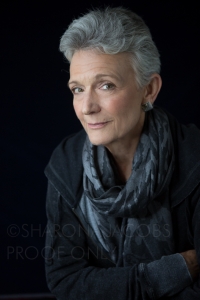